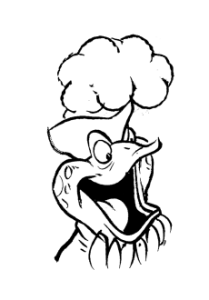 Joe Flayskin is a small froggy with a sword before which the world is trembling. Joe Flayskin is always surrounded with a gang of few helpers who are people, not animals. Despite the fact that Joe Flayskin is a negative, it only performs in five comics, and in the others are the negators other characters.

Joe Flayskin was the least varied of all characters since it was introduced very late. At that time, the style of the other characters was already formed, and for the drawing then Muster did not use the pen. 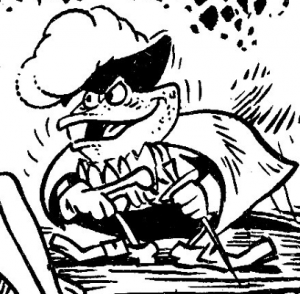