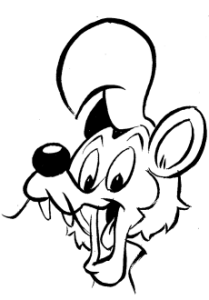 Trickster is the first comic-book character created by Muster and is one of the three protagonists in the series of comics about The Adventures of Trickster, Hardie and Hungerly.

Trickster is a fox, which perfectly fits his character because he is the craftiest and cunning. He likes pretty women around him, and she’s out of a regular job. In the adventures, he fights on the side of right and good.

This is the character that Miki Muster easiest to identify. You could say that he created it in himself and gave him most of his human qualities. The scroll was very popular among the readers, but later his friend Hungerly went beyond his popularity.

The style of Trickster has changed the most from the first until his last appearance, 23 years later. In the first stories it is depicted with a pen as a dwarf fox, and later with a brush as a tall fox. 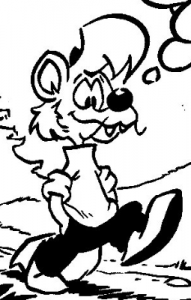 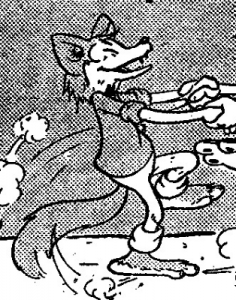