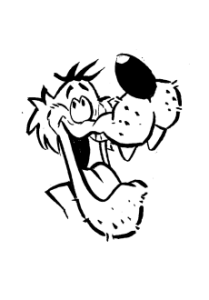 Hungerly is one of the three protagonists in the series of comic books about The Adventures of Trickster, which Muster created right after Trickster.

Hungerly is a wolf, and one of the biggest devourer and slacker, very simple, often stupid, which makes her regular in trouble. He has a supernatural ability to communicate with the animals. He knows some judo gimmicks, and he’s always ready to fight. His specialty is he doesn’t know how to swim. He likes to be surrounded by beautiful and young women. Because he doesn’t like to be tied up, he’s single and without a regular job. He lives in an old crib that often collapse on his head.

Hungerly would have been negative in the first comic books, but the readers had such an opportunity to become a positive character. Over the years, he has surpassed even the main character Trickster by popularity. The reason for his popularity is probably that the readers were identified with him. He was not too smart, but he always succeeded.

Since the first adaptation to his last depiction in 23 years, Hungerly has changed the most. In the first stories it is depicted with a pen as a tall, ugly and negative wolf, and later with a brush as thick, more friendly and positive. 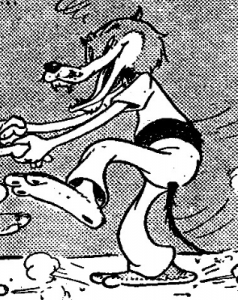 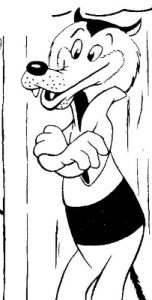 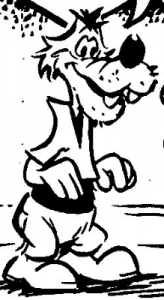