After years of searching, two Muster comics were found, which had been hiding for more than 58 years. The title of the first comic is Prvi april (April Fool’s Day), the second comic is untitled, but I named it the Nagradni natečaj (Prize Competition). Both comics consist of 7 or 8 frames.

Comics Opus of The Adventures of Trickster, Hardie and Hungerly has 48 titles now. 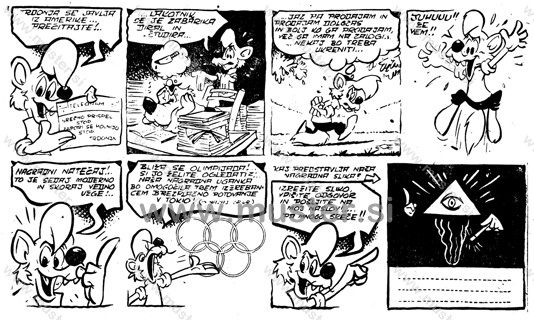